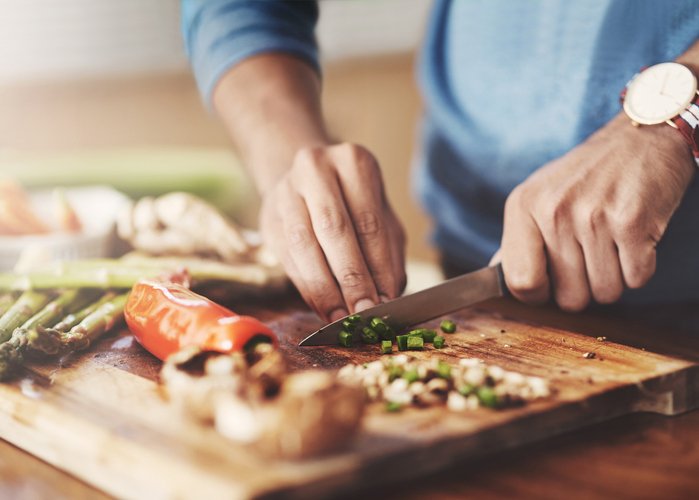 In Part One we discussed briefly about why the common approach to losing weight fails so badly. Namely choosing diet plans without a true understanding of how the body works, the needs of your individual metabolism and the psychological sabotage that kills the weight-loss dreams of so many. In today’s post we will cover two of the most popular and somewhat controversial approaches to dieting; Paleo and the Ketogenic diets.  So what are they are? And are they truly good for you?

Lots of people are trying Paleo.  In recent surveys it was found to be the diet most people would or have followed.  The diet itself on the surface is pretty basic and simple.

Devoted followers believe that their ancestors had it right and that the advent of farming and agricultural driven food created many of the chronic problems we have today. Not all experts are in agreement on that but everyone can agree that a plan that advocates eating real, single ingredient food and steering clear of sugar, artificial starches, and a crap load of man-made chemicals is a step in the right direction. Essentially, I believe that is the Paleo diets greatest benefit. People eat real food and eliminate ones that their body was never intended to eat.

A real authentic Paleo diet by the way would be much harder to choke down and is a lot nastier than getting some roasted chicken and spinach for dinner. Ancient man up to and beyond the advent of farming 10,000 years ago ate some pretty nasty entrees and appetizers: Chyme which is the semi-digested food in the belly of the game they killed (yummy huh?), internal organs, gonads, folks from neighboring tribes (cannibalism was on the menu), bone marrow, urine, blood and a boat load of bugs. Our ancestors did not have drive-through windows, pizza delivery and Sam’s Club. To survive they ate anything, everything and occasionally anybody. Fortunately, the Paleo leaders of today do not advocate such activities no matter how much your neighbor pisses you off!

Should you follow Paleo? As I mentioned in Part One of this series, it is estimated that approximately 74% of the population are Fat/Protein efficient. In other words, they metabolize fats & proteins well, but are somewhat limited in their ability to process large amounts of carbohydrates. This person would do pretty well on a Paleo style diet. This is why I believe that although not everyone who tries the Paleo is successful, the overall success rate is higher than with many standard eat less, move more diets.

But what about someone who is not Fat/ Protein efficient? If our dieter is a Carbohydrate-Efficient type or a Dual Metabolism then eating a diet high in fats & proteins without adequate carbohydrate will find them struggling to lose weight. In addition their blood work will reflect increased bad cholesterol which can lead to an elevated chance of heart disease.  Why? Because unlike their Paleo loving brothers & sisters they cannot process fats and proteins well, but they do have a strong and stable insulin response allowing them to process carbs magnificently. This individual and the Dual Metabolic type (who needs an even 33% of fats, protein and carbs) need adequate carbohydrates to be healthy and perform at their maximum.

In many ways the Keto and Paleo plans are similar. The Keto folks take it a significant step further and drop their carb intake to between 20-50grams a day (that’s really freaking low!).

A typical Keto diet is 75% fats, 20% protein and only 5% carbohydrate. The only carbs allowed are greens such as kale, spinach and the like. The only fruit allowed are berries. Protein is minimized in favor of fats. Preachers of this faith such as Dr. Timothy Noakes believe that after a few weeks on a ketogenic plan the body switches over to burning stored fat as the primary source of fuel. This in turn leads to improved physical performance and in some instances the reversal or improvement of disease.

Some studies have shown improvements in patients suffering from Alzheimer’s, Epilepsy, Lyme and some forms of cancer. Improvements are not cures, but the research is promising.  Dr. D’Agostino at the University of San Francisco was involved in research for the Navy trying to figure out how to stop life threatening seizures some of the Navy Seals were experiencing following extra-long dives. A ketogenic diet turned out to be the solution.

There is a lot more on the disease fighting front that scientists are investigating with Keto but our conversation here ends up in essentially the same place as the would be Paleo follower.  The Keto diet is much harder to stick to especially in the first 30 days. Participants experience, fatigue, headache and a loss of performance.

If your metabolism favors fats and proteins then you would after a period of adjustment start to feel and perform better. If not then you would need to abandon such extremes for a more balanced approach.  But whether someone would thrive or nosedive on a Paleo or Ketogenic diet is a question best answered by science and not by how cool it sounds or how successful your neighbor. In the finale of our series we will cover how to determine what plan is best for you to lose weight safely and maximize your health and performance.