Throughout everyone’s life forks in the road appear. The decisions we make at those crossroads shape our futures and our destiny. Often, we don’t realize the importance of a particular choice until after it has been made and the consequences both good and bad present themselves.

At times, what is before us is a choice we make and at other times circumstances and events around us present situations and choices that are not our doing but we are stuck with all the same. Not everything is going to work out for you. There will be promotions you won’t get, relationships that bomb out and big fish that will get away. Blaming others won’t help. Blaming God won’t work. And pissing everyone off around you is seldom going to get you anything except more grief.  So what do you do when life has unceremoniously kicked you in the crotch and then kicked you to the curb?

We all can think of people both famous and in the neighborhood who have fallen on hard times or have been seemingly universally crapped on by fate. The examples are many but today, I will highlight someone that most people will recognize; the late actor and activist Christopher Reeve. By all accounts, Reeve had it all. A successful career, a place as a cultural icon, a large and loving family and a devoted wife. Then in May of 1995 while riding in an equestrian event, he was thrown over an obstacle breaking his neck and became paralyzed from the neck down.

He experienced some dark moments, including thoughts of suicide. Who can blame him? One minute you are a 6’4” handsome, world famous actor and the next you are told you’ll never walk again. Saying it royally sucks doesn’t do it justice. Thankfully, with the love and support of his family he was able to move past those dark moments and decided to do something more with his life than just focus on his own disability. Over the next nine years Reeve became a spokesperson for all of those suffering from paralysis. Using his fame and connections he raised tremendous amounts of awareness and a significant amount of money for research.  He was well known and famous for portraying Superman but in those nine years of activism he became a true and beloved hero to countless people around the world.

I was at a speech he gave in Tampa a few years after his accident. It was a big event with speakers such as Colin Powell, Elizabeth Dole and a host of famous athletes giving motivational speeches. They were all pretty good, but I like many there were waiting to hear Reeve speak.  When he finally came out, all alone in his motorized wheelchair the crowd of 20,000 rose as one and gave him a thunderous reception. After a few minutes the crowd settled down and Reeve said “That is the most wonderful hello I have ever had.” Then in that brief moment of relative silence before he would begin his speech a women’s voice rang out “You are the real Superman!” Now the place totally went nuts! It was an incredible feeling to be part of that moment. To be there if only from afar with someone so respected and loved was an amazing experience.

His talk, although fairly brief was as powerful and as straight forward as the Man of Steel himself. Reeve encouraged everyone to look within themselves and find the inner strength to persevere, to rise above pain, circumstances, prejudice or insecurities and to believe in ourselves. Not to give in but to give hope. Not to step away but to step up. Not to sell out but to bet upon ourselves. To believe that we can make a difference regardless of circumstances, experience, ability or hardship.

What about you? You don’t have to be Superman or experience a life changing physical tragedy to reach a crossroad in your life. Large or small, important for the masses or just to you, your journey and the decisions you make can and will change your life and the lives of those around you.   No matter what choices lay before you, Reeve’s simple but powerful advice can help guide you. Believe in yourself and don’t give up. Keep trying and striving, don’t lose hope. And when the time to make a decision arrives, be true to yourself and your family, don’t sell out.  None of us may be Superman, but all of us can be Better Men. 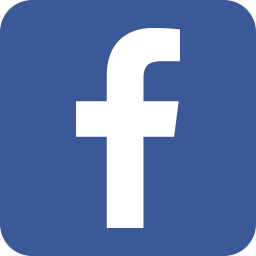